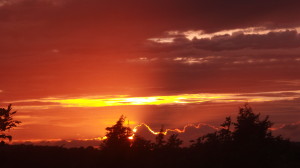 Councillors on the Planning Committee visited the site this afternoon.  An update on perceptions of what they took from this visit will be provided.

The Council has approved proposals for pre-application notification (16/00633/PAN) for a ‘new village’ of around 1200 homes with supporting services, a transport hub and green networks of paths at the MoD’s Craigiehall estate.  A meeting with representatives of the relevant community councils has been postponed although we have had notice of a public exhibition to be held at Craigie farm on the afternoon/evening of 12 April.

The Pre-Application Notice (16/00837/PAN) consultation proposals have been approved for housing and related development on the site bounded by Maybury Road and Craigs Road and including a strip of land to the north of Craigs Road.

The Community Council understands that the report of the Planning Inspectors on the Council’s Second Proposed Local Development Plan, which was due any time soon, has been delayed so that the Inspectors can gain further information on some matters of contention.  It appears unlikely that the Report will be published before early Summer and this will identify changes required to the LDP.  The Inspectors’ Report will determine whether or not the Cammo fields should be developed for housing.

These proposals were reported at the last CC meeting and strong opposition was voiced.  This has been echoed by other local organisations, including Cramond Association and Cramond Heritage Trust.  A further approach has been made to the CC seeking advice on what site and type of development may be acceptable.  In the meantime, a RNLI representative has been approached informally and has offered to consult relevant RNLI staff, the Coastguard and the Council to provide an opinion on the credentials and capabilities of Coastwatch Edinburgh and the relationship of their proposed operations to the Public Safety Plan, which embraces the Waterfront area.  We will continue to oppose any facilities on the Waterfront in the absence of a very sound safety case and proposals which will have little or no detrimental effect on the amenity of the Waterfront and Cramond Conservation Area.

A lot of time and energy has been expended over recent weeks in engaging with the Council on a variety of issues impacting on the Community.  Many of these will be covered in the meeting.  They include the ongoing vehicular challenges encountered from time to time on Cramond Glebe Road were despite engagement with the Council going back over 7 years we have yet to see a solution in place.   The school’s streets initiative may have mitigated risks on some streets adjacent to Cramond Primary but some of these have been displaced on to Whitehouse Road.  A TRO has been advertised in the Scotsman that includes some traffic restriction measures – but do these go far enough.  Objections on the TRO are required by 25 March.   The Council’s Planning Committee decided at its February meeting to limit the time allocated to Community Councils from 15 minutes to 5 minutes in any oral presentation they may give at a hearing.  We have written to the Council’s Chief Executive to suggest that the Committee should be asked to review this decision.

We have written to the Council for an update on the café and toilets at Silverknowes – and whether or not the toilets may in future be open again to the public.