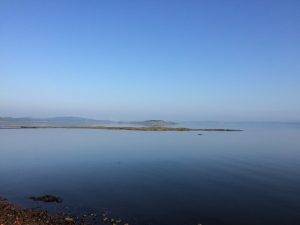 The proposal is to replace the substantial villa at the corner of Queensferry Road and Cammo Road with a terrace of 6 townhouses on Cammo Road frontage.  CBCC has been approached by several neighbours and its proposed submission reflects their concerns and comprises, in summary

The Planning Service has notified community councils of proposed changes to the Scheme of Delegation, whereby officers have delegated powers to make decisions on householder planning applications, including listed building applications, without these going to the Committee for decision.

This is not a consultation, but proposed changes will go to full Council in June and our Councillors will have the opportunity to seek changes at that stage. It is proposed that CBCC seeks support from our Councillors for the following

CBCC’s observations:  In more rural or some suburban situations, 20 objections is too high a threshold.  For example, at Dowies Mill Cottages, if all residents and community groups objected to a proposal, this would not come near 20 objections.  Also, the threshold takes no account of the ‘weight’ of each objection; for example, 1 person’s objection has the same weight as that of a community council or resident’s association.  CBCC suggests that all applications objected to by a community council be referred to the Committee for decision; otherwise a threshold of 6-8 objections should apply.

CBCC’s observations:  This not critical to CBCC, as the community council’s support is given weight and the applicant retains the opportunity to seek a local hearing or to appeal.

CBCC’s observations: CBCC considers that each petition should be treated as a single objection.

CBCC’s observations; These changes would appear to strengthen a community council’s role.

The Chair has provided the following up-date on the flight paths issues.  The statement drafted by Andrew has been cleared by the Chief Executive of the Airport as reflecting an accurate statement of the current position.

Flight path proposal update. Edinburgh Airport have tried out both offset arrivals and banked take offs on a computer simulator. While both are flyable they also have associated issues.

Discussions are ongoing between EDI representatives and the CAA. It is not possible to determine whether these discussions are the forebears of possible good or bad news. I am confident that EDI are trying their best to get a good outcome for Cramond. We will keep you informed of any substantive progress.

The Council’s action in serving a statutory notice on the owner of the house on Cramond Glebe Road requiring the repair of the garden wall which had collapsed, much of it on to the promenade, has achieved some progress.   While the property has in the interim been sold the Council’s lawyers have advised us that the new owner has confirmed that the wall will be re-built by him and that he intends to start these works as soon as possible.