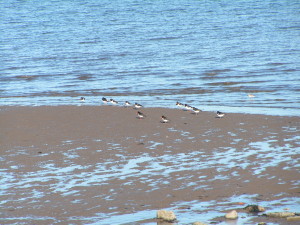 While located out with our Community Council area, the Community Council objected to proposals for a large illuminated advertising sign at the above location on the grounds of road safety and amenity. The application was refused by Edinburgh Council and a subsequent appeal by the applicants had been dismissed.

An oral update will be provided on the revised applications submitted; representations are to be returned to the Council by 27 January.

There have been a number of ad hoc issues that have arisen since our last, November, meeting which have prompted us to approach the CEC West Team. These include the disruption and aggravation caused to residents living on Cramond Place and the immediate surrounding streets by (sometimes) inconsiderate parking by contractors working on new houses on the AMA site; the traffic conflict/congestion on Barnton Grove due to the parking arrangements around the Lyle Court development and the frustration that has been voiced by people using the bus stop at the Barnton shops due to the open structure of the replacement bus shelter (on wet windy days there is little by way of protection from the elements; the word “shelter” becoming a misnomer). I also wrote to the Team and to CEC HQ within 48 hours of the announcement of the closure of the Forth Road Bridge to suggest that the time period might be used to bring forward programmed roads maintenance on routes within Barnton and Cramond that were very light on traffic. Specific mention was made of the section of carriageway on Cramond Road North from its junction with Gamekeepers Road to the mini roundabout used by the 41 bus to return to its Cramond terminus. These issues were discussed with officials from the West Team on Thursday 14 January during an Action Plan review meeting.

George Kennedy who replaced Darren Wraight as the local roads manager in the Autumn of 2015 had taken early retirement and my meeting was with Dave Sinclair and Audrey Primrose. Dave will be taking on George’s responsibilities on an interim basis while further structural and staffing changes progress. (Over the next few months the Council will reduce the number of area localities and with it some posts and there will be a process for “recruiting” to these posts).

I am to expect to receive copies of the drawings covering the TRO for the restrictions to be introduced on Cramond Glebe Road and which have been designed to mitigate the traffic congestion especially during summer weekends. I have confirmed that the project for repairing the wall in front of the Maltings and the associated landscaping is a priority for the CC and that it should be supported as a priority for NEPS funding at the next NP meeting scheduled for 9 March. This will help to improve the appearance of the promenade. Adjacent to the Maltings wall is the wall which has fallen on the grass verge abutting the promenade. Officials will write to the householder responsible for the wall to express concern about what is an eyesore and is also regarded as a health and safety risk and to make him aware of the proposal to improve an adjacent section of wall and to inform him of the contractor that it is proposed will carry out the “Maltings” work. Linked to this was the vexed issue of vehicular access to the promenade and I reminded Dave Sinclair that it had been his colleagues who had initiated a meeting with the CC at the beginning of 2015 to discuss what action was required. There was a determination at that time to take steps to restrict access to essential users; some progress had been made in the Spring with the installation of bollards to prohibit access round on to the foreshore but the issue of vehicles driving on to and parking on what was not a road remained a risk for all users and for the Council.

Bill McLennan, the CEC surveyor who carried out the last assessment of the state of the harbour wall will be invited to carry out a fresh assessment. The RNLI signage is being manufactured and I have asked for a further meeting with officials to discuss these and the related issue of signage more generally around the promenade and the walkway.

We had a long discussion about Whitehouse Road, the upgrading of the section of carriageway from the pedestrian crossing at the Burgess up to the Queensferry Road and the “retraction” of the wall on the west side of the Lyle Court development to create the scope for an additional traffic lane. This took us into the wider issue of what are we trying to achieve with the route that encompasses Lauriston Farm Road, Cramond Road South and North, Gamekeepers Road and Whitehouse Road to the Queensferry Road. Facilitate traffic or frustrate? The new Transport Infrastructure Sub-Group is due to meet in February and this issue will be taken to the Group. Related to this is the deplorable section of carriageway on Cramond Road North from Gamekeepers to the mini-roundabout and we are now advised that this will be resurfaced in April 2016.

We talked about the parking by contractors working on the new houses on the AMA site. Council officials came down several weeks ago and did not assess the issue as a particular problem. I emphasised that the congestion caused did present additional traffic risks around the junction of Cramond Place and Cramond Road North and especially near the number 41 bus terminus and the road entrance into the Bughtlin Park estate. At this point there are often vans parked directly opposite the entrance which juts out on to Cramond Road North presumably to improve line of sight for drivers seeking to exit. I added that what I was most concerned about was the prospect of work beginning imminently on the Walker Healthcare Home on Cramond Place and what that would mean for contractor’s vehicles associated with that development – especially if the AMA work was ongoing. Dave Sinclair agreed that he would ensure that contact was made with Walker Healthcare with a view to seeing whether temporary restriction orders may be required for the duration of the works. He also said he would look into the basis of the various restriction markings in Corstorphine in the Featherhall area.

We also discussed the issue of the commercial waste bins outside the Barnton shops. The Council policy remains one of expectation that shopkeepers should not have such waste bins on the street other than on the day of pick-up. I reminded Dave Sinclair of the challenges faced by the shopkeeper’s part of which was attributable to the Council’s planners allowing the wall at the back of the shops to be moved so close to the shops as to make it impossible for them to use this area. I suggested that a corral to surround the bins should remain an option which may also offer the scope for some advertising boards on either side and enable the Council to decommission the superfluous bus shelter in front of the old Barnton Hotel. It will be for the Council’s “Streetscape Team” to take this issue forward and there are a number of other suburban shopping areas in Edinburgh ahead of us in the programme.
Finally, we touched briefly on the concerns that have been raised by bus users over the design and aspect of the new bus stop outside the Barnton shops. Yes, the street facing aspect of the new one was the same as the one it had replaced but the old one was considerably more enclosed to the front. The new one has sides but is otherwise entirely open to the wind and rain from the west. I suggested that the CC would make it possible for users to advise us of their experiences and the Team agreed to receive these and give them consideration. Dave Sinclair also agreed to look afresh at the TROs in operation on Barnton Grove. On the possibility of a TRO covering the layby on the Queensferry Road we were asked to consider what was being sought.

In view of the various changes and meetings that are scheduled to take place over the coming weeks we agreed to defer the presentation to be given by Audrey Primrose and Dave Sinclair to the March CC meeting – on Thursday 17 March 2016.