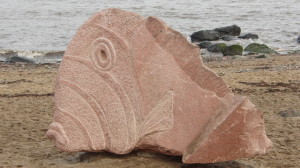 Andrew Mather and I were among a number of local representatives who met with officials and others on Thursday 5 November at the Drum Brae Hub, including the Chief Executive of Cycling Scotland, for an “Event Review” into the debacle that impacted upon Barnton, Cramond and Davidson’s Mains back on Sunday 6 September.     Norman Work and Lindsay Paterson also attended the meeting.   I and others have not been sparing in the vitriol we have aimed at the event organisers and the other agencies involved in this event – and I for one make no apologies for that; it was a shambles.   That said I found it quite refreshing that within 5 minutes of the start of the meeting we had received an unqualified apology from Keith Irving, Chief Executive of Cycling Scotland the event organisers.    It is also worthy of noting that in that introductory apology he also went on to say that “we won’t be doing road closures in the same way again” (in reference specifically to the closures on Whitehouse Road and Gamekeepers Road that were the damning feature of this year’s event).    There was however no police presence at the Review which was slightly disappointing given their role in insisting on road closures and the Council official were not as generous in offering apologies.  Once again there were murmurings about the continuing increase in the number of events which were being supported in Edinburgh and the impact that was having on those officials responsible for all of the administrative requirements of the events.  (NOTE – Perhaps those attending or otherwise inputting into the 2016/17 budgetary exercise that the Council is seeking to involve the people of Edinburgh in may wish to suggest charging event organisers for the administrative burden on the Council of supporting the event.  Many of these events will be commercial and/or charitable but emanating from charitable organisations that will recognise that to make money costs will often have to be incurred).

Each of the local communities which were represented at the Review made a contribution reflecting the local issues as they affected their respective communities.   Andrew, despite being under the weather, praised the organisers for all their efforts in planning for the event but argued that what transpired on the day demonstrated that an event of such a magnitude with a finishing point in Edinburgh had clearly been proven to be unworkable and should not be repeated.  He urged those present to look to the possibility of using Ingliston as the finishing point.     Other comments covered what the impacts and been in other parts of the Almond area affected by the event.  There was a recurrent theme of communication deficiencies – and the risks of misinformation as local communities tried to decipher such information as was coming out from the various agencies involved.

Looking to next year there is at this stage little that we can offer by way of definitive information.  We are told that there will be an event.  It will be held in Sunday 11 September 2016.  It is “99.9%” certain that it will start at Glasgow Green.  If it is to finish at Murrayfield Stadium as this year and if its route will again bring it through Barnton and Davidsons Mains then we are told that roads will not be closed.  This would suggest they are looking to revert to use of NCN1 cycleway.  It is recognised that there are however pinch points on the cycleway which would come under particular pressure unless the organisers can better stagger the numbers as they approach West Edinburgh.   To the extent to which it remains likely that there will be a need for TROs on sections of the route these have to be passed to the legal team within the Council not more than 8 weeks before the event.   Absolute clarity about the final route should therefore emerge before early July 2016 and the CC and other local organisations can expect to be invited to participate in the planning for the event in the spring/early summer of 2016.

The unintended impact of developments has been a feature of two issues which have been brought to the attention of the CC in recent weeks.   On Cramond Place it has been reported to us that there has been occasions where indiscriminate parking by contractors working on some of the new houses on the Bughtlin Court site has resulted in residents being unable to get their cars out of their driveways.   In Barnton Grove the Council has yet to re-instate the parking restrictions that were in operation before the development of Lyle Court on the south side of the street.  This means that unrestricted parking can be enjoyed on the south side (while parking on the north side is limited to half an hour in any hour).   We have raised both of these issues with the local Roads team and despite a dismissive response on the first of these we have gone back to seek information about the costs of painting white lines across the driveways of those houses considered to be at risk.     On the second we have stressed that as what is being sought is a re-instatement of restrictions that were in place before the work began on the Lyle Court we can see no need for the protracted processes that routinely accompany TROs.