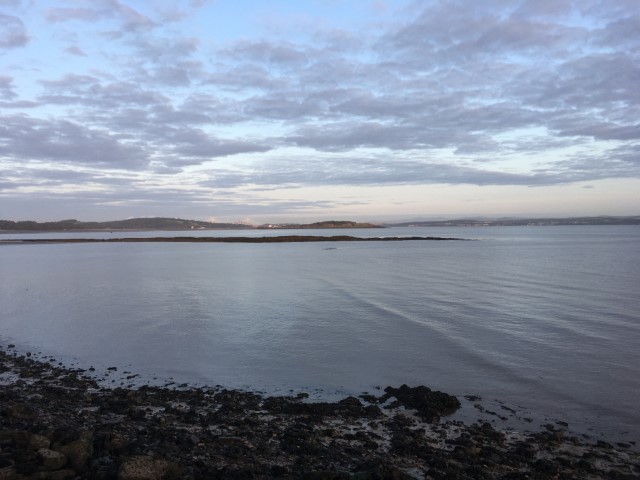 5 years on from when the Schools Streets Initiative displaced “drop-off and pick-up vehicles from parking on the streets immediately leading into the school and 2 years on from when agreement was reached that double yellow lines would be laid on the west side of Whitehouse Road between Inveralmond and Cramond Vale we can report that the lines are now in place. However, the Council agreed to provide white lines across the driveways of several of the house running from Cramond Vale to Fair a Far and they have not done so. (This is to mitigate the risk of displacement of cars impacted by the new restrictions). We shall be seeking confirmation of when this will be carried out.

Following discussion at one of our recent members meeting the Secretary submitted an FOI to Lothian Buses seeking information on the performance of the service 41 against timetable and also about the number of occasions on which the bus was “taken off route” on return to the city.

The response advised that the operator does not capture information on performance against timetable because of what they see as the magnitude of the data capture that would be required. They did however provide info on the number of occasions where the bus was taken off service because of traffic issues. In overall terms this was minimal against a denominator covering all schedules service 41.

The Secretary had approached the EACC about whether this is something they would wish to probe in context of understanding of service performance – and traffic/congestion – issues across Edinburgh. They were interested in probing whether LB understood the extent to which the many Spaces for People initiatives had impacted on service times.

Covid including the changing manifestations of lockdown had seen an exponential increase in the numbers visiting Cramond and the Foreshore and traffic congestion had been greater than ever before. Despite several approaches to the Council from early summer the promised Action Plan had not appeared and with recent restructuring within the Council (from early August) the ability to engage has been further compromised. Peter Scott had referred to the general frustrations with these latest further changes and the CPR made by the various NW CCs.

Certain officers despite having moved to new posts had “legacy” issues they are responsible for tidying up. In principle a good idea but in practice – always likely to be a recipe for disaster. And we still await clarification of the new structures. The Secretary undertook to consider how to raise the profile of the issue with a view to trying to secure some progress before next Spring.

Letter to leader about the fact that the issue has now survived broadly untouched and unimproved through several restructurings and changes to the governance arrangements supporting the processes of engagement between CCs and the CEC. Pointing to the latest restructuring as a reason for the delay will not wash. A copy of the letter goes to the CC for PS, CE for SAS and ? for HM Coastguard and FRS – reflecting the agencies that are routinely impacted upon by the failure of the CEC over more than 15 years to have addressed the challenges in accessing the Village and the shore – and the largest free car park in Edinburgh – from Whitehouse Road.

The LSO has come back to advise he is awaiting a response from the premises licence holder on why they feel disinclined to adhere to guidelines on contactless/cashless payments in outlets during Covid. There was a general consensus supporting the view that it seemed indefensible for the regulatory body to be so accepting of non-compliance, even allowing for the fact that it was non-compliance with guidelines. The fact that the Licensing Board claimed to be in regular contact with SG about the issues perhaps offered a means by which pressure could be brought to bear to translate the guidelines into regulations.

The point was made that the Licensing Objectives provided for the expectations and licensed premises had a responsibility to “secure public safety and protect and improve public health” and that from action or inaction by those premises licence holders who refused to provide a contactless or cashless option they were failing to deliver these objectives. It was agreed that this should be pursued further with the LSOs as well as with the FSA, Trading Standards and the Health and Safety Executive.

The need to watch for the comments being posted on Facebook concerning views on plans for Cammo Walk and Cammo Road were noted; the need to continue to highlight the opportunity associated with the prospective hub on Cammo Fields re-iterated; and the impending retirement of the rev Russell Barr was noted. It was agreed that the CC would write to him on the eve of his retirement.